Realization of “Ubiquitous Computing” has been the goal of TRON Project since its inception. I thought that a house is the most proper place to use ubiquitous computing technology from the beginning. We built “TRON Intelligent House” jointly with Takenaka Corporation, etc. in 1989. The house was innovative then, and every housing equipment was connected to the network and could be controlled. After this Intelligent House made the cover of the US magazine, Popular Science, many people came to see it from all over the world.

A bidet toilet which was commercialized later and some other automated systems were adopted in the bathroom. A sphygmomanometer and automatic urine analyzer were embedded in there, and the data was sent to the computer of one’s family doctor via the dedicated digital lines set up in cooperation with NTT. I believed that the computer network would be used widely in the future, and an age where data would be sent from ordinary house at a low cost would come.

Mr. Noritaka Shimizu, who was Executive Vice President of TOYOTA MOTOR CORPORATION around 2000 and became the chair of TOYOTA HOME later, watched me doing all the above. When I met him, he asked me “Would you like to design an Intelligent House again?” and offered another opportunity to me.

I thought I brought out my best in the first TRON Intelligent House. However, I felt there was something I needed to do about environmental issues as social awareness of environment was raised in 2000. TOYOTA wanted to utilize their advanced technologies cultivated through developing vehicles in the field of housing, so we started researching together to exhibit a new intelligent house at “EXPO 2005 AICHI JAPAN” held in 2005（Nagakute city, Aichi prefecture).

I actually proclaim myself as an architect. When I was a college student, I contracted for program development from a construction company. I learned structural design by myself as needed, and became interested in architecture. I undertook architectural design work when I had opportunities, and there are buildings based on my design. So, I have taken up the basic architectural design as well as tasks related to ubiquitous computing since the first intelligent house built in 1989. TOYOTA Group went all out to complete a future house “Dream House PAPI.” Many ideas such as recycling and reuse on a unit-by-unit basis were used for the simple full two-story house.

Advanced ICT technologies including the Internet were fully used. There was no smartphone back then, so we developed a predecessor. It allowed the residents to check and control the environmental conditions of the house anywhere any time by using the touch screen of the mobile terminal. The first TRON Intelligent House had a computer room equipped with many expensive computers hidden in the basement. This computer room was replaced with small boxes distributed behind the wall in PAPI. Thus, I felt that the concept I tested in 1989 became practically usable in PAPI.

An idea of providing power to a house from a hybrid car―a vehicle provides power to a house as an electric generator in emergency was tested here first. I came up with the idea because I often go abroad to give a speech, etc., and have experienced blackouts and power shortages in many locations in the world. The idea is practically used after the Great East Japan Earthquake. The technologies used for the first Intelligent House and PAPI have been gradually and increasingly used in ordinary houses today. 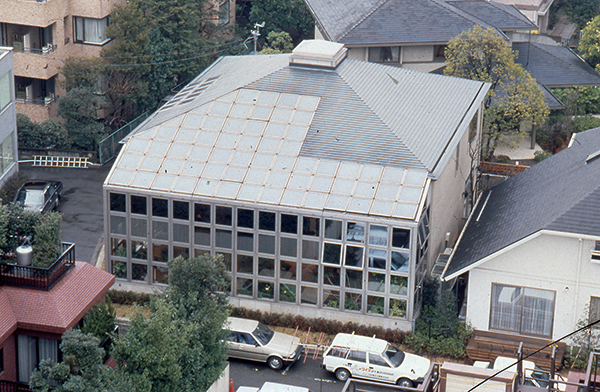 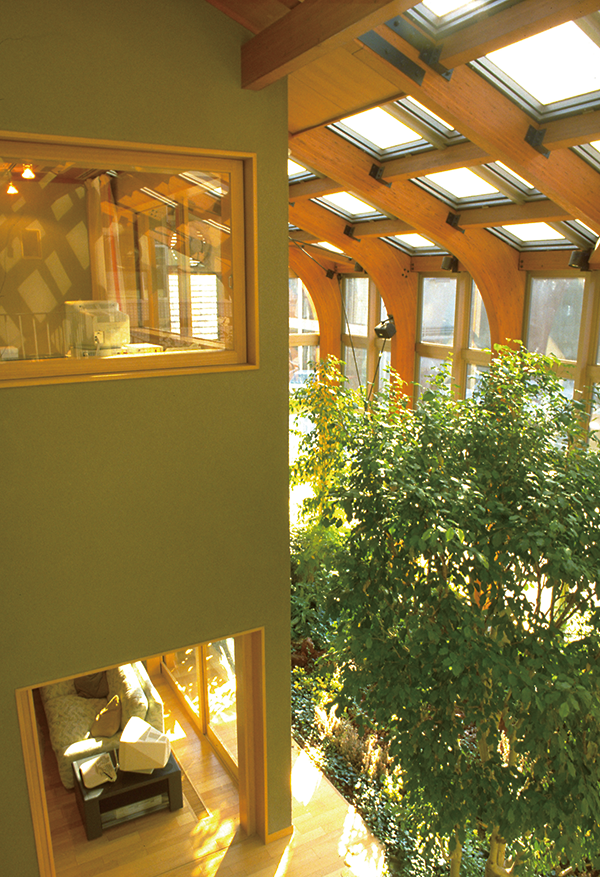 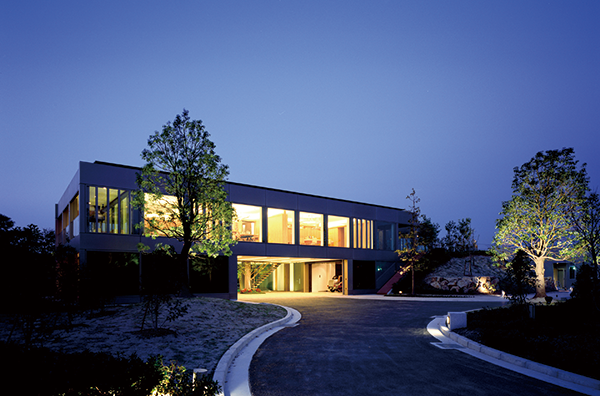 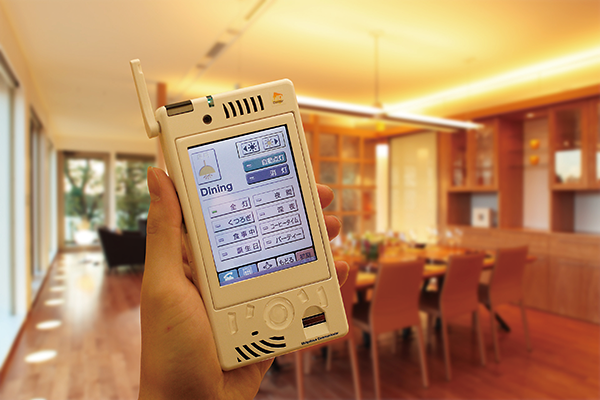